If you’re anything like us, you like to know who you’re dealing with. That’s why we want to tell you a bit about the history of Blue Bottle Gin, and where our story began – including the fly…

Our founder, Matt, was born and bred in the beautiful island of Guernsey and is incredibly proud of his home. After studying Biology in the mainland and gaining a first class degree, this lead to a summer scholarship from the Royal Society at the University of Cambridge doing a genetic screen on the development of flies. And so the journey began…

A summer spent in the basement of the university’s Zoology department working in a laboratory full of Spanish scientists taught Matt a lot of things, including attention to detail, how beautiful flies were when you looked at them down a microscope but probably most importantly for the future, Spanish people drink a lot of gin and it was good, very good in fact.

After a PhD at Cambridge University and a Post-doc at WEHI in Melbourne Australia, Matt decided academia was a bit too slow a life for him. Unsurprisingly, this thought came to him in the pub & a year later Matt graduated from Heriot Watt University’s International Centre for Brewing and Distilling with a master’s degree and was made a Scholar and Freeman of the Worshipful Company of Distillers in London. The plot thickens.

Matt went back out to Australia to work in the technical services department of Lion Nathan were he used his attention to develop new beers and alcoholic beverages. Keen to move closer to home and be involved in a less corporate environment the opportunity arose to return to Guernsey and set up a new brewery. A few years later with an International award winning beer in production, Matt persuaded the shareholders to back his passion for gin and establish a small batch distillery to allow him to fulfill his long-held ambition of making what he considered to be the perfect gin.

Matt’s philosophy when making any drink is flavour and balance. A keen runner Matt was inspired to try and encapsulate the essence of Guernsey during exercise on the south coast cliffs when the summer air was filled with the tropical scent of gorse flowers, which release a heady scent of coconut and vanilla. To fully understand the different elements that can make up gin, Matt bought a 1 litre pot still and distilled over 20 different botanicals individually. Learning how each element behaved and what they contributed to taste, meant he could blend them together to achieve the intense yet balanced flavour profile he wanted his gin to have. Once he’d acquired this knowledge, Matt formulated 5 recipes and again used the 1 litre still to make a single bottle of each.

One recipe stood out from the rest, and that, of course became Blue Bottle gin. No taste panels were used or other people’s thoughts considered, this is very definitely Matt’s idea of what a gin should be. Blue Bottle is a modern gin which is juniper led, but the combination of 8 other botanicals allow the flavour to develop in the mouth providing a long lasting and evolving taste experience. As is Matt’s philosophy this flavour punch needs balance; and the luxurious and sweet flavours of local gorse, nutmeg and cubeb pepper are balanced by the citrus notes and relatively high ABV which prevent Blue Bottle Gin becoming too cloying.

The result? Something we, and many people around the world, now consider to be perfection.

Thanks for reading! Want to try our finest Blue? Buy online here! 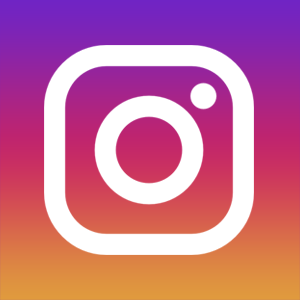 HELLO, ARE YOU OLD ENOUGH TO DRINK IN YOUR COUNTRY OF RESIDENCE?